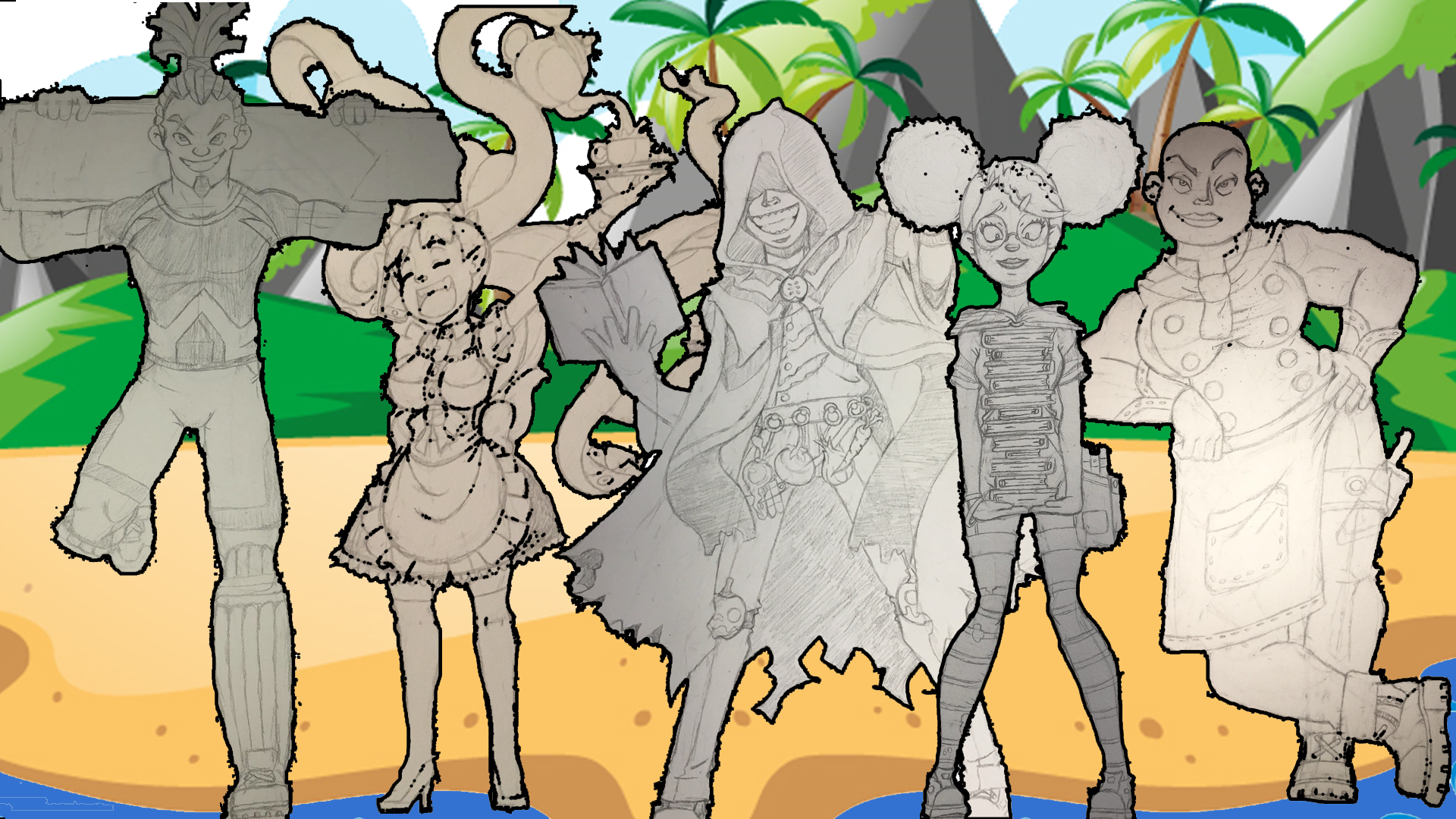 Welcome to the network’s newest reality TV show–Anime Island! We’ve taken 16 cliche anime character and thrown them together on a remote island. Every episode we’ll put them through different challenges for your amusment. Then, you they audience, get to vote off a character. That character is kicked off the island forever. Who will stay, who will go, who will make it to the epic finale of….Anime Island!

Anime Island is a social negotiation and bluffing game. Your secret agendas dictate which characters you want to kick off the island, and which ones you want to survive. The core of the the game is the tribunal. Players have 1 minute to discuss who to vote off and then…1..2..3…VOTE! The Character with the most votes is eliminated! Each round(episode) the characters will face challenges, fall in love, form bitter rivalries, and fight for immunity from the tribunal.